The Philippines can definitely use the boost to its economy and realizing the tremendous boon this industry represents to the Philippines, the Philippine government has provided incentives for growth in this sector by offering exemptions from Corporate Taxes and on duties for equipment purchases for the BPO industry. The government looks to ease capital expenditures for new and expanding BPO companies in hopes to encourage even more growth for the sector. Promoting growth in this sector will help to strengthen the Philippine economy as it will guarantee of more jobs and influx of more offshore revenue and foreign investment.The many reasons for the popularity shift to the Philippines are clear. One reason is cited in the September 12, 2012 article by Patrick Winn of Globalpost.com in the very title of the article. “Americanization gives Filipino call center agents the edge”. The article commented that “Like India, which was once ruled by England, the Philippines was also colonized by an English-speaking nation: the United States. Today, the Philippines is far and away Asia’s most Americanized nation. Filipino pop culture embraces hip-hop, fast food and Hollywood and, even in the poorest quarters, it’s easy to find families with siblings or cousins residing in the states.” In the Philippines the US is truly loved, admired and emulated. Countless Filipinos dream with immigrating to the United States and become part of the “American Dream”. And if they make it to the states they would be joining many other Filipino ex-patriots, along with the new generations of American born Filipinos spread throughout the US. The Philippines is second only to Mexico in the number of immigrants to make the move to the United States. Due to the prior occupation by the US and history of relations and trade between the US and the Philippines, the joint official languages of the Philippines are Filipino and English as per the ratification in Philippine Constitution in 1987. English is learned in school by every Filipino and its American English. This distinguishes a marked difference between Philippines and India where the basis for English study is British English and uses colloquialisms and words not common in American diction. To compound things further, the Indian accent is immensely stronger than the neutral accent of the Filipino. Many US and Canadian clients have issues with customer’s complaining they don’t understand the Indian agents because of these marked differences. With this, the Filipino agent clearly has an advantage over India. Coupled with the Americanization of the Filipino culture, the American English education and the neutral accent of the Filipino’s English, American and Canadian customers are far more accepting of having their call handled by Filipino’s.

Another attraction of the Philippines is that the majority of the metropolitan areas of the Philippines have been developed greatly and far surpass India with better roads, infrastructure and power, water and sewage facilities. Foreign companies notice these great differences in standards and are more willing to bring their business to the Philippines than to India. More buildings are equipped with state of the art back-up systems for power and communications, fire and earthquake standards are better and overall aesthetics are greatly improved. Areas in or around the buildings that house all the top call centers, rival even the cleanest of US Cities and are well maintained. There are ATMs, Starbucks Coffee Shops and American fast food restaurants and 7-11 convenience stores practically on every corner. Companies and most importantly the labor force it needs, eagerly seek to work in these areas due to the pleasant surroundings, safety and access to all the modern conveniences.

This enormous shift to the Philippines may also be influenced by its proximity to customers. The Philippines is closer to travel to from the US and Canada. It also helps that the country, which having been educated by American standards can relate more to customers. Customers find it easier to do business. The shift has been such that even Indian call centers have followed their clients to the Philippines and also established Indian owned call centers in the country. Keeping up with customer demand, and due to the fact that India still counts with far more experienced call center management, apart from the Indian upstarts, many Filipino centers have looked to India for its management and hired Indian talent to operate its call centers.

Overall, being regarded as a call center mecca, the outlook for the Philippines is good. The already neutral accent is getting better as experienced agents get used to speaking with customers. Call centers are investing in their staff providing further accent training and developing conversation skills. Talented representatives that are trained well can almost eliminate most of their accent and even appear American to customers. BPO operators are also investing in more training in the Medical, Legal and Financial industries. With a more refined accent and specialized training, the Philippines may well soon begin to gain more market share in these sectors, dipping into those business processes that are still largely dominated by Indian BPO’s. With that, the Philippines could have yet another boom in new business, as companies begin seeing the value in bringing other processes currently entrusted to Indian centers to the Philippines.

You can find them on-line at www.salesrain.com. 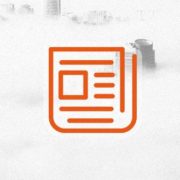 Sales Rain BPO opens its third office in the Philippines 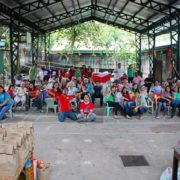 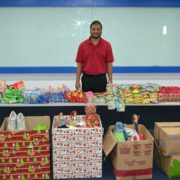