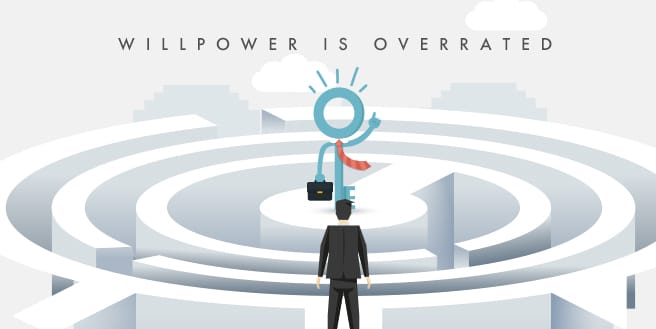 Known as the ability to resist short-term temptations in order to meet long-term goals, Willpower is often seen as the secret to success. A large majority of the public believes that with more self-control, they can easily improve their lives.

It allows people to make better decisions and stick with them until they’ve achieved their goals. With its help, we delay gratification – a hardwired need for us humans.

With research and first-hand experience backing it up, it comes as no surprise that we believe it’s the secret ingredient to success. But the question is, in this modern time, is it still an important element to reaching our goals?

How willpower became the ‘key’ to success

During ancient times, our kind relied on natural instincts to survive. But as civilization evolved, our ancestors wanted to put things in order. Rules were created to be followed and only by following them will a person get what they want, and survive modern society. Because of this, we made self-discipline a virtue.

During the late 1960s and early 1970s, a marshmallow experiment made us believe that it leads to success. Lead by psychologist Walter Mischel, the Stanford marshmallow experiment was a series of studies conducted on delayed gratification. It was simple but it revealed a lot about what willpower can do. Children who participated in the aforementioned experiment were given a choice between immediately being able to eat one piece of marshmallow and waiting for twenty minutes to eat two marshmallows.

Results showed that those who were able to wait fared better in life than those who took the easy route. It pioneered the studies on willpower and experts began to put more emphasis on its benefits.

Nowadays, it’s fair to say that it controls a lot of what we do for we see it as a detrimental factor in reaching our goals. Trainings on developing better willpower became big business as well as countless workshops and seminars.

Despite of the hype it gained, it carries a series of limitations that not a lot of people know about.

The restraints of determination and how to overcome it

Willpower is similar to a muscle – when overused, it gets tired. The fact remains that it still has its limits and on top of this, other factors such as emotional state, physical well-being, and our own tendencies of reflecting our past mistakes hinders us from making the most out of it. Yet despite of its restraint, there’s a way for us to easily navigate ourselves around it.

The realization that willpower has its limitations is the first key to succeeding with limited drive. After doing so, one must create a system that will support them in reaching their goals and drams. Without a personal success system, it defeats the purpose of determination.

A personal success system is one that formulates the right conditions within your mind and environment in order to help you make a surefire outcome. With this in place, willpower becomes this extra helping hand as you reach your goals. Should your drive fall short, with the right system, you’ll remain walking in right path to achievement. Here are the essentials in creating a success system of your own:

• Knowing What Makes You Happy

Take some time to reflect what truly makes you happy – it’s important that we know what motivates us so that when the time comes and our willpower falters during our darkest days, we can easily retreat to simple things that make us happy to uplift us and motivate us once again.

Willpower on its own doesn’t place any emphasis on what needs to be changed in your environment, but instead, puts its focus on overcoming its disadvantages. So it comes as no surprise that the moment it fails us, we succumb to environmental influences no matter how much we resist them.

As humans, we are influenced by our surroundings – consciously or not. From what we see in the news, the stories we hear from our friends and even our homes as well as workplaces.

So for us to have a smooth journey towards success, we must create an environment that actually helps us in reaching our goals. For one, if you want to concentrate better, move to a much more secluded room. Other than that, it can also directly support your career. A perfect example is by joining coworking spaces and experience being a part of a community of like-minded professionals.

Several freelancers and digital nomads alike flock these shared offices for its sustainable work environment. Its wide range of work areas allows them to choose where they want to work and when to work. Moreover, its great community of members allows them to learn new things and gives them the opportunity to further expand their network – supporting the goals of its members.

It’s high time that we face the facts: “willpower is not the be all and end all” of our careers. Though it remains as a basic component of success, having a system that can back you up the moment it fails you is also important.

Talk to us today and we’ll help you build the system you need to reach your dream. 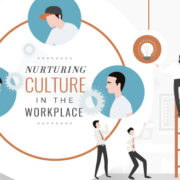 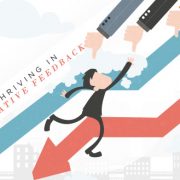 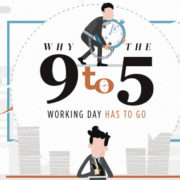 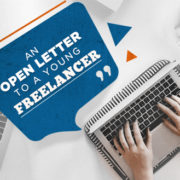 The Positive Growth of Startups and Flexible Workspaces 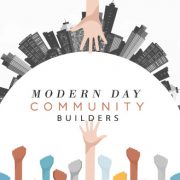 When Guilt and Shame Comes into Play: Feeling Unproductive
Scroll to top