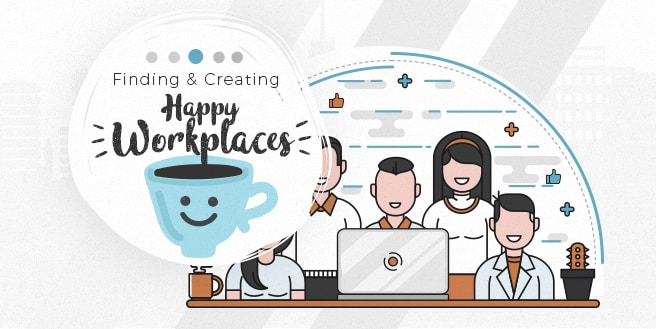 2016 was the year the rest of the world gave the center stage to employee engagement. Improving and redefining the overall happiness of the workforce have been the talk of the town. The industry has redefined the standard workplace environment, conducted numerous surveys to get an idea on how to proactively solve this issue.

And much to our delight, researchers have recorded great results. According to a 2016 survey on Employee Job Satisfaction and Engagement by the Society of Human Resource Management, eighty-eight percent of US employees are satisfied with their respective jobs, with thirty-seven percent claiming that they are very satisfied and fifty-one percent reporting that they are somewhat satisfied. These reports mark the highest level of employee satisfaction over the last 10 years.

The aforementioned study also notes that these employees are only contented to a certain extent, signifying that there’s still room for improvement. And with the economy staying relatively stable over the past year, companies are finding new ways to create better incentives and perks for their employees.

Companies and organizations alike have come up with different strategies to increase the overall happiness of their employees. Some have allowed for flexible work schedules and have offered some of their workers the option to work from home. All the while, some companies have instilled a more casual dress code in their office. Some have even tried redesigning their whole office.

Though tedious and not to mention, quite expensive, experts believe that designing offices that can maximize employee happiness is an alternate strategy that organizations can use.

Teknion, an American design company, released a research paper discussing the complex connection between humanity and environment health. Entitled Ethonomics: Designing For The Principles Of The Modern Workplace, the 2016 paper highlights the potential of workplaces to be reinvented into spaces that bring happiness and overall satisfaction to those who utilize it.

Its authors believe that companies should use different approaches in design to create places that are sustainable and healthy – office spaces that inspire people and make them feel good about what they’re doing as well as where they are.

Design expert Joan Blumenfeld, a contributor of the said paper, says that happy workplaces should have the ability to flex and provide to its workers a variety of space options that promote movement through the day. Bluemenfeld futher explains that though several companies are doing a great job in incorporating the aforementioned elements into their respective offices, this holistic idea should be recognized by everyone.

Places That Makes Everyone Happy

Ethonomics argue that in order to create an infrastructure for happy workplaces, it needs to have room for movement.

Until recently, humans heavily relied on their ability to move in order for them to survive. And so, it’s only right to optimize a workspace for a species that is biologically engineered to be in motion.

The authors suggests providing opportunities for physical activity because despite of our efforts to care about our wellness, our jobs and technology have glued us to a seating position. According to them, alert and engaged workers are those who have stimulating work environment that encourages them to stand and walk around. They further elaborated the importance of movement by highlighting that we are more alert after taking a walk – this feeling of well-being affects the way we interact with those around us, greatly.

The paper also suggests incorporating natural elements to your workplace. Research have said that “being within green space” can help reduce mental stress. In addition to this, they suggest integrating a mix of open and enclosed spaces as well as taking color and texture into consideration. 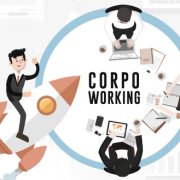 Out with The Old, In with The New: Welcoming Corpoworking
0 replies

Life Lessons from Julie and Julia
Scroll to top