Open plan layouts were welcomed with open arms and was well-received by the majority of the industry. So much so, that within the following years, the world watched in awe as its numbers increased.

As of writing 70% of employees in America alone work in open-plan offices and experts predict that its numbers will continue to grow as employers scramble to create a  strategic solution that caters to their requisites as well as the needs of its workforce. With its versatile and cost-efficient lease terms, mixed with the concept of community, creativity and collaboration, it has dominated workspaces for more than a century.

And though there’s about thousands of blog posts, news articles and even research available in the internet telling freelancers and managers alike about its tangible and intangible benefits, it seems like the layout is losing its charm to today’s workforce.

According to a 2013 study on workspace satisfaction, nearly half of employees in open offices found the lack of both sound and visual privacy a significant problem. The sensation that someone could be looking – or even worse, listening – over your shoulder can’t be shaken off easily causing some of them to resort to the comfort of stairwells, pantry areas and even bathrooms for private matters.

Moreover, recent studies have also reported a stifled engagement amongst professionals in open areas. Bernice Boucher of JLL’s Strategic Consulting group said in an article that the scarcity of privacy at work is a clear crime against productivity. Too much noise and distractions make it hard for them to either do their jobs or have important conversations. It also adds a layer of concern for those who want to protect the confidentiality of their tasks. She adds that certain organizations are also recognizing this and are making significant efforts in incorporating privacy.

Both architects, experts and providers of shared offices such as coworking spaces have put much emphasis on its affordability – the number one factor that appeals to most businesses. But one can only unlock its well-appraised potential if it helps the workforce feel empowered.

Anne-Laure Fayard and John Weeks of Harvard Business Review said that effective offices should be designed to bring people together by removing barriers but at the same time, should be capable enough to provide sufficient privacy so that employees wouldn’t have the irrational fear of being overheard or interrupted. Further strengthening this claim by adding that it should reinforce the permission to speak freely.

Open layouts should be designed in such a way that it doesn’t only constrain one’s working, but also gives them full control of their way of working.

Senior Vice President of JLL’s Workplace Strategy and Change Management, Phil Kirschner, says that the best scenario for an engaged, efficient and privacy-driven workplace is to have an activity-planning model – one in which members are allowed to choose between individual desks, phone booths, huddle booths and even shared areas depending on the set of tasks they need to accomplish for today.

The well-received coworking movement provides it members the aforementioned liberty to choose the right environment for them. In addition to this, certain providers implement specific instructions on how one should make use of certain areas. Quiet zones prohibit the use of phones, upholstered booths are for private discussions and both dining as well as lounge areas are reserved for engagement and interactions.

Admittedly, the design has its pitfalls – but only when they’re not done right or curated haphazardly. When devised in the right way, not only will it help cost overhead reductions but more importantly, it will help improve your work environment – resulting to a motivated workforce.

Get the best of collaboration and privacy with Sales Rain’s very first coworking space by getting in touch with us today! 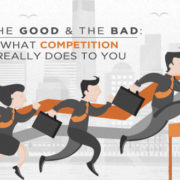 The Philippines is Considered as a Digital Nomad's Paradise 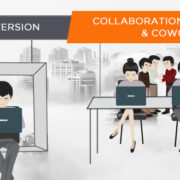 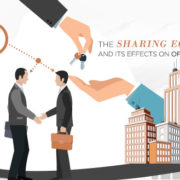 The Sharing Economy and its Effects on Office Spaces 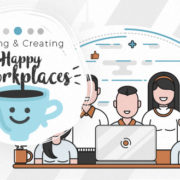 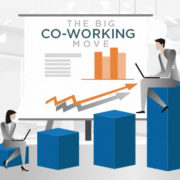 The Big Move Towards Coworking
0 replies

How to Effectively Transition Big Companies to Coworking
Scroll to top