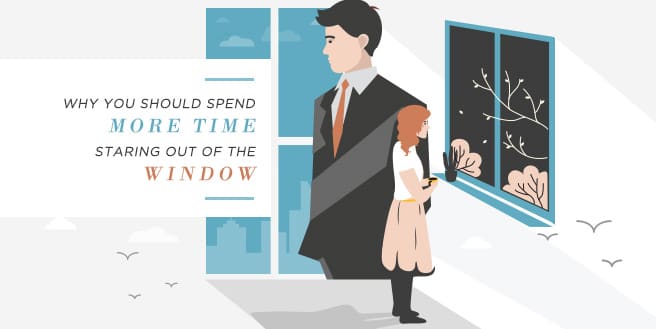 There are certain moments in a day wherein we’d find ourselves staring into nothingness – or most likely, out of the window from the train or our office – minds aimlessly strolling away from what’s in front of us.

And when someone catches us, asking why we are in such deep thought, we’d play it off and say that we were just bored, nothing more. We just wanted to be somewhere else for a minute because of how futile things seemed to be where we currently are.

To make things worse, we’d sometimes drift off during a meeting or a lecture. Upon realization that we’ve been staring out the window for a good solid 5 minutes, we’d scold ourselves and say that we should’ve been listening to our boss or to our teacher. We probably should’ve started that task stuck in front of us instead of wasting time.

The majority equates this act to lethargy and vanity. It seemed to produce nothing, serving no purpose to any of us. Yet there’s more to it than just cupping your chin into your hands near a window pane.

See, we’re not exactly looking outside. Instead, the activity serves as an exercise as we try and discover the contents of our minds. It’s easy to voice out to the public that we know what we think, what we feel and what’s going on in our minds but it’s very rare that we recognize each one of them. A large part of what makes us who we are remain to be unexplored – carrying potential that has never been tapped.

If done right, staring out of the window paves the way for us to listen to the quiet suggestions and perspectives hidden deep within ourselves.

Plato once used a metaphor in explaining the human mind. According to him, our ideas are like birds fluttering around the aviary of our brains and in order for them to settle, he understood the need for periods of calm that are free of purpose. Instances that doesn’t require us to do anything.

These occurrences of which we often perceive as moments of boredom causes us to lapse into a form of brain activity called mind wandering. And in a world obsessed with productivity, it is often seen as a lazy habit, categorizing it as a kind of thinking that we rely on when we’re not really in the mood to actually think. It is often viewed as a sign of procrastination instead of efficiency.

But in the light of the recent years, neuroscience has changed the way we view it. During the year 2010, Harvard psychologists Daniel Gilbert and Matthew A. Killingsworth released a paper in Science that documented the fondness of the human mind in disappearing on a rabbit hole of its own. The aforementioned scientists developed an iPhone app that contacts 2,250 respondents at random times to ask about their current activity and level of happiness. Results show that the participants were engaged in mind wandering 46.9 percent of the time.

Contrary to what the majority of us believes in, daydreaming or mind wandering is imperative to our daily life.

Free Your Mind and Stare out of the Window

In some way, these idle times and occasions of boredom acts as a necessary filter for when we have too much information at hand.

Science reporter Benedict Carey further explains in his New York Times article that experts believe that people tune things out for good reasons and that more often than not, it becomes a tool aiding in sorting information. Research from various fields such as neuroscience and education suggest that falling into a dazed trance allows the brain to rework the outside world in such a way that is both productive and creative.

Psychology Today even notes that it could be a stepping stone to creative productivity. They argue that when unengaged, our minds are providing us with a blank canvas, ready to be painted on with colorful ideas.

Professionals and startups who work in shared offices like coworking spaces would know the importance of having the freedom to be by themselves and reflect from time to time. Though majority of its members joined the movement in the effort of avoiding boredom and isolation, providers remain adamant in recognizing the need for reverie and introspection.

Some of them even go as far as delegating spaces for meditation and contemplation. And unlike in traditional working environments, you don’t need to worry about getting scolded or frowned upon for staring out the window, its home-grown community understands you more than you can imagine.

Our productivity obsessed societies disavow the potential of mind wandering and day dreaming, yet even famous personalities admit that their greatest insights come from when they are irresolute.

Staring out of the window is not a mere act of ennui, but instead, it stands as a form of divergence from the excessive demands of pressure. 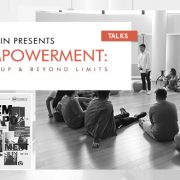 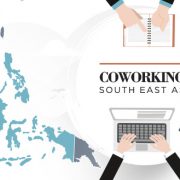 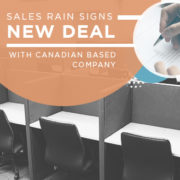 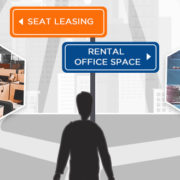 The Reality Of Chasing After Your Dreams
0 replies